A Fresh Look at Our Drug Laws Is the First Step Towards a Sane, Evidence-Based Policy 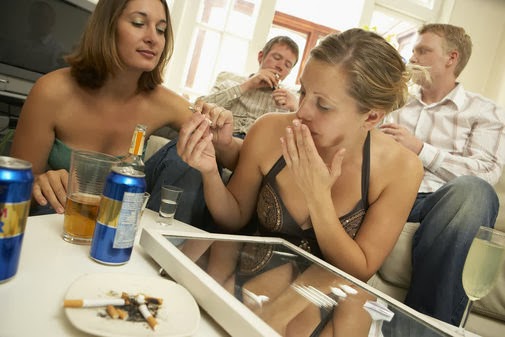 One of the most talented actors of his generation found dead in his bathroom. Over a hundred young people needing treatment after a gig in Belfast where drugs were found. Teenagers dying after a taking Ecstasy on a night out. Every day the media present us with examples of the miserable failure of the "war on drugs". Yet the government presses on with the prohibition approach, refusing to acknowledge the obvious reality that it's not working.

When I was elected MP for Brighton Pavilion, the city had the highest mortality rate from drugs in the country. I wanted to find out whether doing things differently would help save lives, and was part of efforts to form a local commission to take a fresh look at the city's strategy to reduce drug-related harm. Thanks to innovative new approaches - increased training in the administration of naloxone which can prevent overdose, better data collection on drug use trends and improving services for people with a dual diagnosis - some great progress has been made. In the last few years we've seen a higher than average increase in numbers of people leaving treatment successfully.

Yet national policies, part of the broader international 'war on drugs', are the main barrier to further progress. The UK still approaches drug addiction as a criminal issue first and a health issue second. As the former Chief Superintendent of Brighton and Hove Police has said: "The use of drugs is not well addressed through punitive measures. Providing people with treatment not only resolves their addiction - thereby minimising risk of overdose, drug related health issues, anti-social behaviour and dependence on the state, for example - but cuts the cost to the community by reduced offending".

Those costs are enormous. In England and Wales alone, an estimated £3billion a year is spent fighting the war on drugs, to little effect. Over half of the 85,000 people in prison are thought to have serious drug problems. Rates of cannabis use by young people in Britain are amongst the highest in Europe.

At the heart of the problem is the fact that our approach is being dictated by a law that's over 40 years old and is not fit for purpose. There has never been an impact assessment of the 1971 Misuse of Drugs Act; nor has there been a cost benefit assessment, or any attempt to compare its effectiveness in reducing the social, economic or health costs of drug misuse with alternatives. Successive governments have seemed singularly uninterested in whether whether our current prohibtion-based approach is an effective use of public money.

Where alternative approaches have been adopted, the results have generally been positive. In 2001, Portugal adopted a new policy whereby drug possession was changed from a criminal offence to an administrative offence, following which there was a reduction in new HIV diagnoses and in drug-related deaths. In Switzerland, a series of new policies focusing attention on drug use from a public health perspective, led to a decline in crime rates. An investigation by Release looked at 21 jurisdictions that had adopted some form of decriminalisation of drug possession. Overwhelmingly, it found that such an approach does not lead to an increase in drug use but does improve outcomes for users - in terms of employment, relationships and likelihood of staying out of prison.

As Russell Brand has argued, if "we are aware that our drug laws aren't working and that alternatives are yielding positive results, why are we not acting?" Over the past year, I've been calling on the government to carry out an independent and authoritative review of the Misuse of Drugs Act. My epetition has received over 50,000 signatures, and the figure is rising rapidly. If 100,000 people have signed by the end of this week, the issue will have to be debated and voted on by MPs.

Slowly, it's starting to feel like this isn't such a hopeless cause. Even in the US, where Nixon first used the term "War on Drugs", the wind is changing - the Republican governor of Texas has stated his intention "to implement policies that start us toward a decriminalisation and keep people from going to prison and destroying their lives."

And now the deputy prime minister, back from a trip to Columbia, is arguing for "a proper debate about the need for a different strategy." It's not often that I agree with Nick, but on this occasion, he's dead right. Prohibition is costing lives, as well as billions of taxpayers' money - a fresh look at our drug laws is the first step towards a sane, evidence-based policy.

You can sign the epetition here and join our Thunderclap here