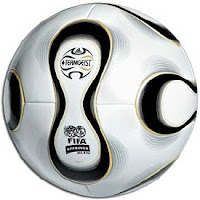 The Green Party made steady electoral and membership progress over the New Labour government years, but with the election of the coalition Tory/Lib Dem administration this year, the party faces new challenges to keep this momentum going forward. For sure, there are new opportunities, particularly with some disillusioned Lib Dem members and voters likely to take a fresh look at the Green Party, with our radical ecological and social agenda comparing favourably with the coalition government’s attack on the most vulnerable in our society.

But, what about the so called ‘Next’ Labour Party? If this doesn’t exactly hint at a complete break with the past, it does suggest some change in Labour’s approach to politics, although, then again, it could just be another marketing slogan.

I expect Labour to drop some of its more draconian civil liberty policies, but it is highly unlikely that there will any fundamental change in its economic policies. Despite the abject failure of global capitalism over recent years in even the narrow definition of economic success favoured by the business and political establishment, I foresee no real change to the neo liberal orthodoxy pursued over the last thirty odd years by all UK governments, coming from the Labour Party.

Labour perhaps doesn’t really have to make changes here to regain electoral popularity, as they can just sit back with a new leader and watch the coalition government become more and more unpopular as the savage spending cuts ruthlessly target lower and middle income voters, whilst the better off barely notice the difference. The novelty will soon wear off the new coalition government, and Labour will say you must vote for them, as they are the only realistic alternative government, so if you want to get the Con Dems out…

The most recent opinion polls show a marked fall in support for the Lib Dems, with Labour and strangely, the Tories up. This fall in support for the Lib Dems is surely going to continue, and the Green Party has to try and take advantage of this as much as we can. Locally, in Haringey, we have much to gain from disaffected Lib Dem voters, who tend to see themselves as left leaning and green. But we also need to show ourselves to be distinctive from Labour to stem the flow of support their way.

The next planned elections in London are the Mayoral and Greater London Assembly ones, which in the GLA’s case has a proportional element, in 2012. At present, the Greens have two Assembly Members and the Lib Dems three. We should aim to turn these figures around and win more representatives than the Lib Dems, by campaigning hard here in Haringey and across London. At the same time, we should put as much weight as we have behind getting a change to the voting system that makes the outcome more proportional, and fairer, for local authority and Westminster elections.

I attended the inaugural meeting of ‘Haringey Campaign for Democracy’ in that splendid public house The Salisbury on Green Lanes last week. One of the proposals up for discussion was an idea to lobby Labour run Haringey Council to sponsor a bill through the ‘London Local Authorities Act’ at Westminster, to introduce proportional type elections to local authorities like Haringey. As I pointed out at the meeting, the Green Party got over 10% of the Haringey wide share of the vote in the elections this May, under very difficult circumstances, and gained not a single representative to the Council. There were other ideas suggested at the meeting, such as that the Haringey Strategic Partnership main board should include one resident representative from each of the Council’s area assemblies and that the public should be able to attend and participate in the Council’s Constitution Review Working Group.

There was though a bit of an anti local Labour Council feeling about the meeting, and given central government attacks on local services in the coming years, we could well need to ally ourselves in campaigns with the Labour Council locally to defend our communities and public services.

The Green Party will continue to embed itself within our communities, and this is how we will continue to grow, not by lecturing policies from above, but by involving ourselves in campaigns and issues that affect people at the grass roots.
Posted by Mike Shaughnessy at 15:22 1 comment: