How the Environmental Agency rate Haringey 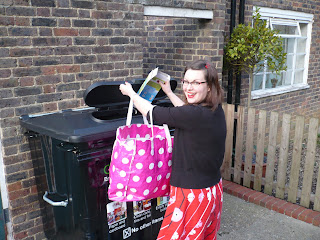 The Environmental Agency has released reports about each of London’s boroughs. Haringey’s report makes interesting reading. How is our borough doing in terms of the council’s aim to make us the ‘Greenest borough’?

The amount of waste sent to landfill has apparently decreased from 46% in 2005/06 to 31% in 2007/08. However, attending the ‘Recycling Scrutiny Review’ meetings over recent months, I have been concerned about our councillors’ cluelessness about recycling methods. The borough operates a ‘co-mingled’ recycling scheme that means the quality of recyclables is degraded. How much of our recycling is actually recycled is debatable.

Indeed, how much Haringey have encouraged consumers and retailers to cut down on the amount they need to throw away in the first place is debateable. Elsewhere, Green Councillors have introduced branded cloth shopping bags to replace plastic bags, and have addressed the issue of helping shopkeepers deal with large amounts of recyclables.

There is, however, an active Freecycle network in Haringey, where local people can offer unwanted items for free, From settees to hi-fis, bookshelves to kitchen utensils, it is an excellent way of both saving money and the planet. See: http://www.uk.freecycle.org/

Furthermore, Haringey has a long way to go before it is the ‘Greenest borough’ in that the ecological footprint, per capita, in Haringey is 5.52 global hectares per capita, which ranks only 15th out of the 33 London boroughs.

However, how reliable the Environmental Agency’s report is can be called into question. For example, incidences of Japanese knotweed are plotted on one map. I happen to know that an area of Queen’s Wood (‘Compartment M’) is absolutely overrun with the hard-to-eradicate plant. This is not marked on the map.

Also, it is claimed the incidences of fly-tipping have decreased. This is not the experience I have had on my Homes for Haringey estate in Highgate.

A useful report, then, which highlights the long way Haringey has to go before claiming to be truly ‘Green’. But some of the ‘facts’ are sadly to be taken with a pinch of salt.
Posted by Sarah Cope at 03:54 No comments:

The Recession and Green Politics 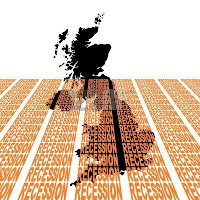 The conventional wisdom is that when the economy takes a downturn, so too does the public’s interest in matters environmental. The theory goes, that voters will only make concessions to the environment when they are feeling prosperous, and so all of this goes out of the window when times are economically bleak, ‘it’s the economy, stupid’ as the Clinton Democrats in the US used to say.

There does seem to be some evidence for this. In the late 80’s the English Green Party scored its best electoral percentage nationwide of 15% in the 1989 European elections, but with a recession in the early nineties, the party never even approached this kind of popular vote thereafter.

Paradoxically, an economic recession is actually rather good for the environment. The downturn in production and consumption slows down the exploitation of the planet’s resources and the resultant pollution associated with economic growth. People have less money to spend so make do and mend instead of throwing away goods and buying new ones, and businesses put on hold investing in expanding their markets.

Of course, recession is not good for people as they are thrown out of work or put onto reduced hours and wages generally are held down. Home repossessions increase, family breakdowns occur and crime increases. So, you won’t find Green politicians going around calling for more recessions to save the planet.

The Green Party (in conjunction with the New Economics Foundation) is advocating ‘The Green New Deal’ as a response to the current economic crisis. This is a golden opportunity to kill two birds with one stone, if you’ll forgive my mixed metaphors. Here we have a situation where the prevailing economic orthodoxy of neo liberalism has failed to provide sustainable wealth creation and a sustainable environment. The Green New Deal offers a different way, by massively investing in public transport infrastructure and renewable energy and energy efficiency schemes. This will provide useful jobs and start to move us towards a sustainable environmental situation.

The Green New Deal on its own will not be enough to achieve a sustainable and socially just future, but it is a big step in the right direction, and who can deny that it is urgently needed?

'On Thursday, 19th March, Haringey Green Party hosts a public meeting on Green Work, which will feature a panel of speakers led by Jean Lambert, MEP, discussing the Green New Deal and the recession. It will be at the Kurdish Cultural Centre, Portland Gardens, N8 (close to Green Lanes, back of Harringay Green Lanes station) at 7pm. Non-members are welcome
Posted by Mike Shaughnessy at 05:07 No comments:

Email ThisBlogThis!Share to TwitterShare to FacebookShare to Pinterest
Labels: economics 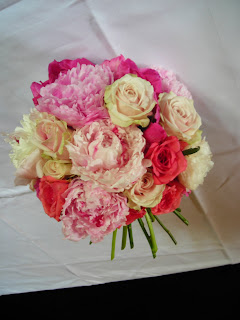 Valentine’s Day is almost upon us, and so of course we will see cut flowers quadruple in price overnight. But whilst flowers might be the obvious choice for a would-be wooer or a loved-up lothario, there are environmental and ethical question marks about the flower trade.

Roses from Kenya may have been tended by underpaid workers who have had their health adversely affected by exposure to harsh chemicals and pesticides. Flowers obviously require large quantities of water and this contributes to drought in already arid areas. The flowers are often flown thousands of miles before they reach your supermarket or florist…Where is the love?

So what is the Ethical Eros to do? The obvious answer it to buy flowers that are local, organically grown and/or seasonal. In the UK, the flower of February is the snowdrop. You can buy ones grown wild in UK woodland, the bulbs wrapped in moss and then posted to the recipient of your choice complete with a message and instructions on how to re-plant them. And of course they’ll keep blooming every February, meaning you never have to bother buying Valentine’s flowers again…See http://www.cambosnowdrops.com/pricelist.htm

On a similar note, how about a sapling? As your love blossoms, so will the tree…
But what about Fair Trade flowers? Here’s where things start to get complicated. If flowers bear the Fair Trade label, it does mean that the people growing them have worked in better conditions and that 8% of the export price has gone to the farmers to use to fund community projects.
However, it won't tell you how much pesticide was used, or how much CO2 was emitted, in the process of growing them and sending them to you. It won’t tell you which country the profits end up in, or the local environmental impact of people flocking to flower growing areas. Or indeed whether flower farms take all the water in dry developing countries and use it to grow flowers for us to give to people we fancy.
It looks like we need a better sustainability label – there are plans to introduce one for flowers in the UK by 2010. Until then, the most guilt-free flowers are local, seasonal and/or organic. Or maybe just think outside of the (chocolate) box and give something more original this year?
Posted by Sarah Mitchell at 11:57 No comments: