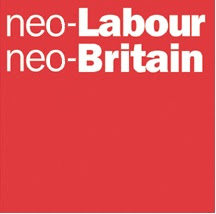 With what I think were heartfelt reasons, the Labour party (including their affiliated trade unions), elected Ed Miliband to the leadership of the party, to represent views that brought to a close the New Labour project. His brother David, the heir apparent, was defeated because he embodied all that Labour party members had come to despair about the party. Ed seemed to talk a good game about getting back to a form of social democratic politics at the leadership election, long absent through the Blair and Brown regimes, and this is what won him the contest in the end.

Tens of thousands of people have joined, or re-joined Labour since their 2010 general election defeat, many who I am sure wanted to vote for the new leader, and all with the optimistic hope that Labour would now get back to being something like the party it once was; a champion of the people, not the wealthy, big business and finance capital. They must be very disappointed.

Recent pronouncements from both Ed Miliband and Ed Balls the shadow chancellor have made it clear that Labour is not going to change at all. They will now not reverse any of the ConDem government’s cuts to public services and welfare benefits, and will effectively continue the present government’s programme of austerity, if they are elected to government at the next general election. Public sector pay freezes will remain in place under a future Labour government and the richest people in the country will continue to benefit from paying meagre amounts of tax. One really has to ask, what is the point of the Labour party these days?

The trade unions are quite rightly furious with this lurch to the right by the party they provide something like %80 of the funding for. Bob Crow, leader of the RMT union was spot on when he said: “Why should unions give money to the Labour party for policies that we can get from the Tories for nothing?”

It seems we live in a one party state, where all three of the main parties agree on the same policies, making elections redundant. The Green party does set out a new vision, an alternative to the disastrous neo liberal policies of last thirty odd years, but we are small, steadily growing, but unlikely to win the next general election. We might win enough seats to wield some power, if the result is close enough again, but that is all.

The times are crying out for a better, more just, sustainable model for the way we live, with the status quo found to be built on sand, and sinking fast. The worldwide Occupy movement, UK Uncut and other direct action groups demonstrate a desire for change, more widespread than the old media would have you believe. Support for the recent public sector union’s industrial action was slightly in favour amongst the public at large, according to several opinion polls. People do recognise that those least able, and the least to blame for the current financial crisis should not be forced to shoulder the burden of propping up the system, whilst those who are to blame, get rewarded for their greed and incompetence. To steal the Tories recent election slogan, ‘we really can’t go on like this.’

I had hoped that Labour could be a partner with the Green party in the pursuit of a fairer society electorally, chart the way towards the ‘good society’, sadly that seems not to be the case. Labour members and trade unionists should think about supporting and joining the Greens, that way they can help build us into a party of government that represents their views. Stop wasting your time supporting a party that will never deliver what you believe to be right.
Posted by Mike Shaughnessy at 09:18 No comments: 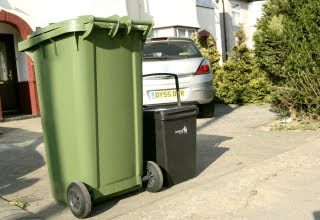 Beginning in March this year (although this may be delayed until the summer), fortnightly refuse collections are to be introduced in Haringey. In the first wave of this initiative, the wards of Muswell Hill, Highgate, Fortis Green, and parts of Bounds Green, Crouch End and Stroud Green, will move to the new arrangements. In June, the arrangement will be extended to Wood Green, West Green, Bruce Grove, Haringay and St Ann’s wards. In October, the rest of the borough will be brought in line with the new regime.

We were informed of this change in ‘Haringey People’, the council’s glossy, paid for by residents, Labour party propaganda magazine, in December.

Items that are currently recycled will continue to be collected once a week, but ‘residual waste’ (what we put in black bin bags) will only be collected on a fortnightly basis. Existing bins will be used in the first instance, but the ‘green box’ recycling bins will be replaced later, with small green wheelie bins, for glass, paper, tins and plastic waste. Existing garden waste bags and food waste containers will continue to be used for these types of refuse. The scheme will only apply to households who have front gardens or yards large enough to store the extra bins. To encourage food recycling, compostable bags for food waste will be provided free for six months only, and bones can now be put in food waste.

Of course, we in the Green party welcome a move to more recycling, although the current ‘co-mingled’ form of recycling practiced in Haringey (and set to continue) is far from ideal. By mixing different waste, some of it becomes degraded, paper for example, and becomes unsuitable for pulping, and so unrecyclable. Also, glass bottles are not reused or even made into new ones, but used to build roads in places like Malaysia, hardly a very ‘green’ way of dealing waste. All the same, even this limited type of recycling is preferable to landfill, and the new refuse collections are likely to see more waste recycled than at present.

Our old friends the Lib Dems are up to their old tricks again, calling for consultation with residents before the scheme begins, and of course consultation is important, as well as the education of residents, to ensure that implementation and continued usage is successful. But we all know by now what the Lib Dems modus operandi is, sit on the fence, and see which way the wind blows in public opinion, then claim they are speaking for the ‘people’. Shameless opportunism is the Lib Dems stock in trade.

I do though foresee possible problems with moving to a fortnightly collection system. Will residents cooperate in the way necessary to make it work properly? Or will people just dump rubbish in the street and other public areas, or over stuff their ‘grey’ bins so the lid won’t close? We already have a big problem with vermin in Haringey (and much of London) and this policy could well make matters worse. The food recycling bags should be provided free for as long the scheme runs, as I’ve had problems in the past with food waste not being collected because it was in the wrong bag, and they left the lid of the bin open, but no explanation as why it was not collected.

Residents should also be encouraged to reuse items where possible and to compost some waste, but all of this would lead to less refuse, and so less money for private contractor Veolia who will run the new scheme. And there we have the real reason that we are to move to fortnightly waste collection, it’s all about money. Money for Veolia and saving money for the council, in these cash strapped municipal days, not any great concern for the environment, local or further afield.

Veolia can be contacted about the new arrangements on 020 8885 7700 or at enquiries.haringey@veolia.co.uk.
Posted by Mike Shaughnessy at 12:28 3 comments: