Boris Johnson, Tory mayor of London, has been courting controversy again with a comment he made in a radio interview about the coalition government’s proposed policies on Housing Benefit. Johnson said that he was not prepared to tolerate a ‘Kosova style social cleansing in London on his watch’. It is not the first time that he has made controversial statements in the media, but this time he has provoked outrage from government ministers, who have accused him off ‘making inflammatory remarks’.

It is perhaps a rather over the top comparison to cite Kosova, but he sure knows how to capture the attention of the media, and he is highlighting a very important issue. He may have been more accurate to compare government Housing Benefit changes to the enclosures and clearances of land in eighteenth and nineteenth century Britain, where huge amounts of rural land was cleared of inhabitants who were forced into the burgeoning urban areas by wealthy landowners.

Make no mistake about it, these changes to HB will cause profound social upheaval. The particular policy of capping the amount of payments to a third of ‘market’ value (down from a half) from next year, was what Johnson had in mind. In wealthy parts of London, HB claimants will be unable to afford private sector rents, and so will be forced into cheaper areas of the capital or outside of London altogether.

The Guardian newspaper reports that Haringey will suffer from an exodus in the wealthy western parts of the borough and an influx into the cheaper eastern areas, from claimants within Haringey and from outside more expensive boroughs. All this will lead to more pressure on other services, such as hospitals, schools and social services in the east of the borough, not to mention housing overcrowding, making these parts of Haringey more deprived than they already are.

Another change to HB which will cause social problems is the twelve month rule. HB claimants will automatically lose 10% of their benefit after twelve months, whether they are on Jobseekers Allowance or in low paid employment. How are these people meant to make up the difference when they are already on the breadline? Inevitably, this will lead to evictions and homelessness which in turn will lead to health issues and probably an increase in crime, at a time when police numbers, prison places and probation officers are all being cut.

Clearly huge sums are being spent on HB at the moment, but why punish the claimants when the problem is caused by a lack of affordable social housing and astronomical ‘free market’ rents in the private sector, in London particularly?

We are moving towards the kind of problems we saw in the 1980’s with poor ghettos becoming increasingly unsettled and a powder keg which exploded into urban riots in these areas in the end.

This is the ConDem government future, and it’s not going to be pretty.
Posted by Mike Shaughnessy at 05:29 2 comments:

The End of the Universal Welfare State 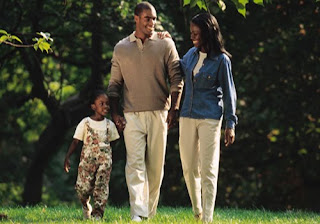 The announcement by George Osborne at the Conservative party conference this week, of the ending of Child Benefit for those paying higher rate income tax (earning of just under £44K), signals a break with the post war consensus of universal benefits in the UK.

On the face of it, why are people earning £44K getting handouts from the taxpayer, when savings need to made in public spending? Well, even leaving aside the anomaly that two parents earning £43K will still be allowed to claim this benefit, but a single wage earner on £44K will be disallowed, which raises questions of fairness, we also need to look a little deeper into this policy.

It is no coincidence that Child Benefit is paid at the same the rate to all parents, regardless of their income. The fact one partner, almost always the man, is earning a good wage, is no guarantee that this money will find its way to the child(ren). It has long been the view that direct payments to mothers is the surest way to get money to children, as unfortunately, fathers are not always reliable in this department. The problem of middle class child poverty is not uncommon, and this has been recognised in the universality of Child Benefit, ever since its inception.

Of equal importance though, is the very concept of universal benefits. If welfare benefits are seen by the middle classes as something that they have to pay for in tax, but are never going to claim, it undermines the whole basis of our welfare state. Prior to the second world war, what benefits did exists, were means tested, and therefore stigmatised, as a hand out from the wealthy to the poor.

The founders of the British welfare state in the post war period understood that the middle classes had to feel that there is something in the welfare state for them to want to continue contributing to the costs, and so designed welfare around the universal principle.

This is not the first time that Conservative and Labour governments have chipped away at universality, since Margaret Thatcher became Prime Minister in 1979. It is hard to imagine, for example, that before this, unemployment benefit was paid at 55% related to earnings for the first twelve months of a claim, a situation which (although even better) still exists in France and other European countries. And, it will probably not be the last time, as the spotlight falls on free public transport and winter fuel payments for the retired, for example.

Considering the measly savings to be had by ending universal benefits like Child Benefit (around £1b savings), the price of tearing our society apart into haves and have nots, is too high a one to pay. Why not just tax the rich more, and make the banks pay their fair share of the costs to get us out of this borrowing crisis, that children in particular, had no part in causing.
Posted by Mike Shaughnessy at 10:18 5 comments: 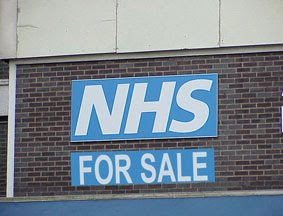 OBJECTIONS TO THE WHITE PAPER

We are writing in response to your public consultation exercise, which ends 5th October 2010, to express our alarm and deep opposition to the health reforms proposed by the White Paper.

The NHS is society’s most universally valued public service, and there is overwhelming support for the principle that it is publicly owned and provided, fully tax funded and available to all.

The profound organisational changes proposed by the White Paper represent the most serious threat ever to the existence of the NHS.

Despite the rhetoric of fairness, equality and mutuality, these proposals advocate a widespread privatisation of the health service, introducing a world where hospitals become businesses and where private companies compete in a potentially irreversible NHS market, effectively destroying the 1946 NHS Act.

From a patient’s perspective these proposals are truly frightening, resulting in extreme disruption, fragmentation, increasing health inequalities and extortionate administration costs, in place of patient care. It is clear that the public do not want consumer variety or a postcode lottery; just a seamless service across all regions.

From a GP’s perspective, we find it ominous. These proposals, which would force GPs to form consortia to commission local services and allow unlimited provision of private medicine, do not fit neatly into a GP’s mainstream workload. The majority of GPs are neither in favour of private sector involvement, nor do they possess the necessary skills for commissioning. It is likely that the chosen GPs will become token clinicians within a corporate monstrosity and that “unelected bureaucrats” will eventually be replaced by unelected global bullies.

From a health worker’s perspective the loss of tens of thousands of jobs is inevitable, massively increasing the workload of remaining staff, whilst employment rights across the NHS would be completely eroded, ending national pay agreements including sick pay and pension entitlements, and changing standards and terms of employment beyond recognition. Restrictions on GP commissioning budgets also present a serious risk of bed and ward closures, and of hospitals going bankrupt.

From the general public’s perspective we find the lack of consultation abhorrent, and the discarding of our national treasures in this way completely unacceptable.

With no evidence that the proposals would produce financial savings, public money for health would end up in the pockets of shareholders rather than being spent on patient care, whilst billions of pounds of tax payers’ money would be transferred to private companies, including huge multinational health corporations, many from the United States, with no public accountability.

It is clear to us that the changes you advocate in the White Paper are so profound that they represent nothing less than the dismantling of the NHS as we know it, developing a U.S.-style market-based health system and leaving an NHS only in name.

The Coalition Government Doesn’t Have a Mandate

As the Conservative party gathers for its Autumn conference in Birmingham this week, I think we can expect a torrent of self righteous speeches on the need to cut immediately and deeply into public spending. No doubt the unions will come in for lectures on not standing in the way of the democratically elected government, by mounting demonstrations and strikes.

Protests across Europe against cuts in welfare and public services are spreading, and although they have not in the main been supported by large majorities of union members and public, they are gaining momentum, before the cuts have been introduced proper. It is crucial that the unions carry the public with them, so they need to be careful about exactly what action they take, although to an extent strikes will be unavoidable, given the government’s rhetoric so far on the matter.

It is perfectly democratic for unions or anybody else to protest against these cuts, the government has so far been keen to liberalise on civil liberties, so they should not be hypocritical about union members exercising their rights. But more to the point, this government doesn’t even have a mandate to introduce cuts at the pace they are proposing. The Tories only received 36% of the popular vote at the general election, which did not yield an overall majority for them, so they are reliant on Lib Dem MP’s for a majority; but the Lib Dems did not propose cutting so quickly in their election manifesto, and have had to do a U turn since.

The excuse that is being used to justify this change of heart, is that events have changed, particularly in Greece, so a re think became necessary. But the same re think does not seem to have been demanded by events in Ireland, where their economy has slipped back into recession, and the government’s policies here, are in danger of causing our economy to double dip too.

Of course, this is all just spin. Politicians argue whatever suits them, and it suits the Lib Dems to be in government, ministerial limos and all, so they will say whatever justifies them continuing being in government. If the coalition had any honour, it would call another general election, and try to obtain a proper mandate, but this would decimate the Lib Dems in particular, so pigs will fly before any election is called.

So, just remember when you hear all those pious speeches from Tory delegates, that this government doesn’t have a democratic mandate for their reckless and ruthless cutting agenda.
Posted by Mike Shaughnessy at 09:50 No comments: