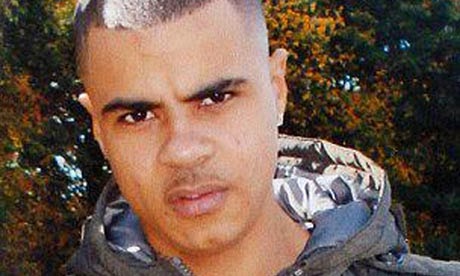 After hearing the verdict in the Mark Duggan inquest I went with his family and friends to a local church in Tottenham where we tried to share a private moment before facing the media. A range of emotions was on display, but it is fair to say that stunned disbelief and anger dominated.

Having attended the inquest for three months, and having heard or read all of the testimony given, this was the last verdict that I or the family was expecting. The question on everyone's lips was, how could they come up with a verdict like that? The police have been quick to herald the verdict as a vindication of their flawed operation. But they too must realise that the verdict leaves many questions still to be answered.

Firstly the family is struggling to understand how the shooting of an unarmed man can still be deemed a lawful act. The "safety net" for police officers in such circumstances is that the killing is lawful if the officer has an "honestly held belief" that he or others are in imminent danger. But in this case the jury themselves stated it was their belief that Duggan had thrown the gun before being fatally shot, so where was the immediate, clear and present danger?

At the inquest, V53 – the officer who fired the fatal shots – said that he definitely saw the sock-covered gun and was even able to describe seeing the barrel of the gun sticking out of the hole in the sock. He also gave this sworn testimony in the two trials of the alleged gun supplier, Kevin Hutchinson Foster. On each of these occasions he stated he was positive that Mark had the gun in his hand when he shot him the first and second time. Each time he described it as a "freeze frame" moment, adding: "This is something that you do not forget." He further justified the need for shooting Duggan twice by describing how the first shot spun Duggan around so that the gun was pointing directly at him when he shot him the second time.

The jury appears to have put this evidence to one side, along with the fact that two other officers also testified on the same three occasions that they had seen the gun drawn and in Duggan's hand. It seems that the jury has delivered a verdict that neither fits the known facts nor chimes with the testimony of the independent witnesses.

Further, in coming to the conclusion that Duggan had thrown the gun before or on exiting the mini-cab the jury disregarded the scientific evidence as no traces of his DNA was found on the sock or the gun although his fingerprints were found on the lid of the box that the gun was allegedly being transported in. They also appear to have disregarded the evidence of the taxi driver, who said that he had not seen Duggan open the box during the journey or once the police had forced his vehicle to stop.

In fact there were no witnesses who saw the gun being thrown. A few police officers inferred that it was possible, but none of the 11 highly trained officers claimed to see Duggan making any movement that could have resembled him throwing away the firearm. Most surprisingly for the family was the jury's apparent ability to totally disregard the evidence of Witness B, the only independent witness to see the shooting. He was an extremely reluctant witness, who had to be tracked down by the coroner's team. He had filmed the aftermath of the shooting; the footage was later sold to the BBC. He has no historical links to Tottenham and no links to Duggan or his family. He was adamant that Duggan had a BlackBerry in one hand, and that both of his hands were held above head height in a gesture of surrender as he was gunned down.

The family, their supporters and friends believe the jury has got the verdict terribly wrong. But then we also believe this inquest was lost long before it even began. It was lost on the evening that Duggan was slain, as immediately after the shooting the police and the Independent Police Complaints Commission began to brief the media with inaccurate and misleading information that ensured that Duggan was demonised, even before his body had turned cold. The headlines declared him a gangster who was on a mission to avenge the killing of his cousin, Kelvin Easton.

However, during the inquest no evidence was offered in support of this claim. It was further alleged that he was a large-scale drugs dealer, but yet again not a shred of evidence was provided to substantiate these allegations. But that did not matter, the mud had been slung and it clearly stuck as it was designed to. Even now most people still do not realise that he was only ever convicted for two relatively minor offences – one count of cannabis possession, and one count of receiving stolen goods.

So now the family is expected to put its faith in the IPCC. But few people in Tottenham, black or white, have any faith in this organisation's ability to be thorough, fair and impartial. The IPCC has faced much criticism during the inquest and the family believe that this criticism has been well-earned. During the inquest the IPCC's mishandling of the crime scene was revealed, including the fact that it gave permission for the mini-cab to be removed before investigating officers had even looked at it or had it forensically searched for evidence. It further transpired that the IPCC failed to respond to crucial independent witnesses, even those who tried to respond to their own urgent witness appeals.

The IPCC has chosen not to explore the possibility that the gun was planted at the spot it was found, even though it was 7m from his body and two independent witness gave the IPCC statements – and later testified – that they had seen an officer remove a gun from the mini-cab some minutes after Duggan had been killed. But the most crucial reason why the family and local community will have no faith in the IPCC's investigation is that its lead investigator, Colin Sparrow, revealed to the inquest that he knew Duggan had not fired any gun long before the IPCC began briefing the media that he had shot at police first. It is one thing for the IPCC to have made the mistake, but it still took three weeks to correct a "fact" it knew to be false; and in those intervening days Tottenham, and many other areas, burned.

This verdict will have a long-lasting and negative impact on police and community relations. Tottenham's black community will not view this judgment in isolation. For us, a lack of justice has become par for the course; Duggan's name now joins those of Cynthia Jarrett, Joy Gardner and Roger Sylvester who have all died at the hands of the police and have not received anything that resembles justice.

It feels as though we are living in a parallel universe from mainstream society – for what is seen as justice by the mainstream is experienced as an injustice by the marginalised. This perverse and contradictory verdict will only add to the sense of injustice and hopelessness that has long been felt in disadvantaged and marginalised areas such as Tottenham.

Written by Stafford Scott and first published at The Guardian
Posted by Mike Shaughnessy at 10:39 No comments: