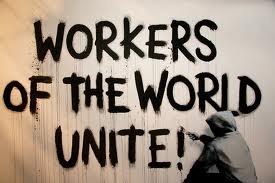 The Guardian newspaper, amongst many other media outlets, reports that the Labour party is seriously considering cutting off affiliation to the trade unions in a move that would end over a hundred years of such arrangements, beginning in 1904 when the unions formed the Labour Representation Committee, which later became the Labour party.

There are many on the right in the Labour party who have wanted to make the break for a number of years now, but the Falkirk by-election candidate selection row with the union Unite, has given fresh impetus to the idea. Without knowing all of the facts surrounding what has gone on in Falkirk, it seems to me that Unite has not broken any Labour party rules, by paying Labour party affiliation fees for members of the union who live in the constituency. And Unite’s argument that it is only trying to increase the number of Labour party MPs from working class backgrounds from the paltry 9% currently in situ, does seem to be a noble aim.

Starting in the 1980’s when Neil Kinnock was Labour party leader, and then pushed much further by Tony Blair when he became leader, there has been a centralising of the decision making for Labour candidates in winnable seats. Some of the justification for this, to get more women into Parliament for example, was good in its intent, but at the same time they had to be the ‘right sort’ of women to benefit. In the main, these candidates’ men or women had to find favour with the Labour leadership in terms of political ideology. This system brought us such political titans as Hazel Blears and Jacqui Smith, so enough said there then.

Unite is only playing the same game as the Labour leadership, in trying to influence the selection of candidates who are more in tune with the values of trade unionism, which given the huge amount of funding provided by the union to Labour (£3 million this year alone), is not in the least bit unreasonable.

So will Labour cut the link? I think there may be some reshuffling of present affiliation rules, but at the end of the day Labour needs the unions’ money. Tony Blair disastrously tried to move away from this dependence when he was leader, wooing wealthy individuals into giving donations, but various patronages scandals cast a shadow over this type approach (though it doesn’t stop the Tories) and it moved Labour even further away from the interests of the people who they were elected to represent. I have my doubts there will be complete break, but it would not surprise me if it happened. Labour has been travelling along this road for getting on for thirty years now.

I say to the unions, wake up and smell the coffee brothers and sisters, the Labour party will never be the party to represent the interests of your members ever again. Labour has become a party of the neo-liberal establishment, with all that that entails. Labour, even in these times of the abject failure of neo-liberalism, will not challenge the status quo, and will only throw a few crumbs from the table to your members.

The decision for the unions is quite simple really. The break with Labour will happen although probably slowly, so what should they do about it? The unions should either form their own party, or back the Green party, or perhaps more likely join a broad electoral coalition of the left, which should include the Green party, and build an electoral movement to change our grossly unequal and unrepresentative politics for good.

Workers of the world unite! You have nothing to lose but your chains.
Posted by Mike Shaughnessy at 05:24 1 comment: 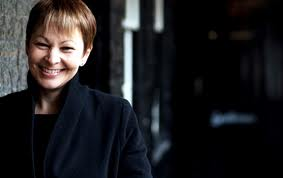 A politician has vowed to turn down a controversial pay hike of up to £10,000 a year.

Despite a likely public outcry, an official review is set to recommend that salaries for our MPs in Westminster should increase by about 15 per cent to up to £75,000 after the next general election.

The findings by the Independent Parliamentary Standards Authority (IPSA) comes in the wake of the expenses scandal and as many in the public sector are experiencing real term cuts to their pay.

While some Sussex MPs refused to rule out accepting the wage rise, Brighton Pavilion MP Caroline Lucas became one of the first politicians in the country to reject the hike. The country’s only Green MP said: “At a time of economic crisis, with so many of our constituents struggling to make ends meet, the proposal is utterly wrong.

“Like many MPs, I support the idea of an independent body to manage MPs’ salaries and expenses away from interference by politicians, but IPSA isn’t doing itself any favours with these hugely out of touch proposals.”

Sir Ian Kennedy, the head of the regulator, is set to make an announcement on proposals sometime this month. But it is widely rumoured the recommendation will be to increase a backbench MP salary from £66,000 to £75,000.

This was after an Ipsa survey earlier this year showed that seven in ten MPs believe they are underpaid compared with other professionals.

Any decision by Sir Ian cannot be overturned by the Prime Minister because MPs gave up the power to determine their own salaries in 2009.

First published at the Brighton Argus
Posted by Mike Shaughnessy at 07:26 1 comment:

Posted by Mike Shaughnessy at 10:46 2 comments: