What are Left and Right in Politics? 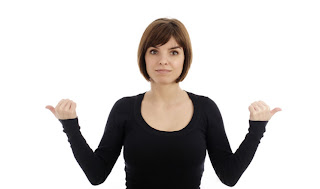 I noticed a post on The Daily (Maybe) the other day, where Jim writes about a Yougov survey asking whether people consider themselves to be either left or right politically, and to what extent. Perhaps the most interesting finding is that 30% of the people surveyed were ‘don’t knows’. This got me to thinking is the left/right terminology out dated, and not particularly relevant to the politics of today?

Concern for the environment tends to be a left wing position, for example if you asked people on the climate change demonstrations, the vast majority would say they are on the left. Karl Marx had a green side to him too, take this quote from his third volume of Capital as an example:

“From the standpoint of a higher economic form of society, private ownership of the globe by single individuals will appear quite as absurd as private ownership of one man by another. Even a whole society, a nation, or even all simultaneously existing societies taken together, are not owners of the globe. They are only its possessors, its usufructuaries, and, like boni patres familias, they must hand it down to succeeding generations in an improved condition.”

On the other hand, environmentalism has a right wing strain, the Nazi’s in 1930’s Germany extolled the importance of the soil, German soil particularly and the importance of working the land. The England and Wales Green party’s precursor party (PEOPLE and then the Ecology party) was started by the Tory Teddy Goldsmith (uncle of Zac, Tory MP) and Jonathan Porritt is a close friend of the Prince of Wales.

The Green party these days is a party of the left though, and I was amused whilst watching the Daily Politics show on the BBC last week, on which Green party leader Caroline Lucas was a guest. A man from the audience said, ‘you’re just green on the outside, but red in the middle’. To which Caroline replied, ‘do you have a problem with that?’

So things are not clear cut when trying to place people and opinions into convenient categories of left and right, but I think there is still something useful in the labels in getting a feel of where people are at. For me, an absolute left position must include a commitment to equality. Equality of opportunity, not discriminating on the basis of gender, race, sexual orientation, age etc, but more than this equality of income and lifestyle. I’m not saying everyone should be paid the same wage, but the gap between lowest and highest is now a scandal.

The scary thing for me is, that if 30% of people don’t see it this way, then politics just becomes a meaningless managerial exercise, no passion or belief, and I might as well pack up this blog and go and find another hobby.
Posted by Mike Shaughnessy at 03:21