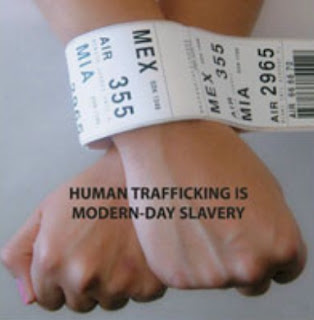 I read in The Independent on Sunday that the government is to scrap safeguards for people who are trafficked into the UK for use in the sex industry and elsewhere, and could not believe what I was reading. This government has really sunk to the depths of callousness. Below is a letter I have sent to Lynne Featherstone, Lib Dem MP for Hornsey and Wood Green and Minister for Equalities. When she replies, I will publish it here on this blog.

I am writing to you after reading a very disturbing story in the Independent on Sunday, about the coalition government’s plans to scrap safeguards on human trafficking into the UK.

The piece reports that some 4,000 people, mostly women are brought into the UK each year to work in the sex trade, and many more, including children, are smuggled in to work as domestic servants, farm hands and drug cultivators.

It goes on to say that government plans will:

The Independent does say that there is some disquiet amongst Lib Dem MP’s and ministers, but is disquiet going to be enough to put right this disgraceful state of affairs?

I am asking you, as my constituency MP and Minister for Equalities, to use all the means at your disposal to reverse these planned changes, which would be a callous dereliction of duty to the abused people who suffer this abhorrent treatment.
Posted by Mike Shaughnessy at 03:35