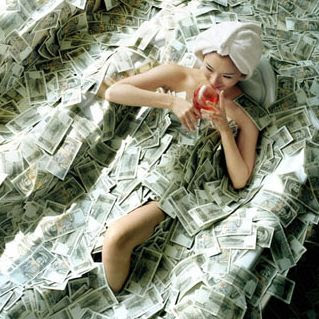 Britain faces the biggest crisis of capitalism since the 1930s, including the potential for economic meltdown and a second Great Depression lasting a decade or more.

The government's Business Secretary, Vince Cable, has suggested that we are facing a crisis similar to wartime, with our national future at stake. In these circumstances, we need bold, imaginative and radical measures to fix the economy.

Britain has a national debt of around £950 billion and a government deficit heading towards £200 billion. The government's solution is swingeing cuts in public services and consequent massive job losses. It even claims that cuts are the only option left.

Not true. There are serious alternatives.

As well as closing tax avoidance schemes, which could raise an extra £20 billion a year, there is a strong case for a national emergency tax on the fabulously wealthy, which could raise staggering sums - enough to clear the government deficit, pay off most of the national debt, kick-start the economy and avoid the need for damaging, painful cuts in jobs and public services.

The current economic crisis is so grave that it merits a 'save the nation' one-off 20% tax on the personal wealth of richest 10% of the population, as proposed by Professor Greg Philo and the Glasgow Media Group.

The wealthiest 10% of the population have combined personal assets totalling £4 million, million pounds. This is a million pounds multiplied 4 million times. These are the people who have five plus million pound homes (often several of them), plus private yachts and jets and vast art collections. They can easily afford a once-only 20% tax on their immense wealth. Selling off one of their six houses, a Lamborghini or a Jackson Pollack painting won't cause them to suffer.

Such a tax would raise a massive £800 billion. This is enough to pay off the entire government deficit more than four times over - or it could be used to clear most of the national debt.

A reduction in the national debt would dramatically cut the government's huge debt interest payments, which amount to around £48 billion a year. This is a vast sum of money that would be better spent on schools, hospitals, pensions and job-creation.

Alternatively, and even more useful in terms of reviving the economy, the £800 billion (or part of it) could be used to fund the proposed Green New Deal.

The Green New Deal could ensure that Britain leads the world in sustainable economics and green technologies, opening up new export markets and boosting our economic revival for many decades to come.

According to a YouGov poll in June 2010, 74% of the public favour a one-off tax on the richest people in Britain. Only 10% oppose it.

Put bluntly: The super rich have a patriotic duty to help save the economy by paying more tax. If they love Britain, they will be willing to do this, in order to help us win through the current economic crisis.

Contributing more tax is in the interest of those with huge wealth. If the economy fails, their losses will be even more than the greater tax they are being asked to pay. By giving more to the exchequer now they would be doing the morally right thing for the country and its citizens. They would also, by helping save the economy, also save most of their own riches. It's enlightened self-interest.

Written by Peter Tatchell and first published at The Huffington Post