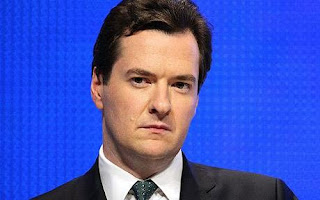 The BBC reports that the Organisation for Economic Cooperation and Development (OECD) is forecasting growth in the UK economy will be below 1% (at best) for the next twelve months. At worse, the UK economy could contract by as much as 1%, bringing about the long feared ‘double dip’ recession. Even if technically the UK economy does not go back into recession, it seems the best that can be hoped for is a ‘flat lining’ almost stagnant performance over the next year.

One might think that this news would sting Chancellor of the Exchequer George Osborne into action, and so bring forward some plan for stimulating the UK economy. President Obama announced this week a $450bn such package to help recovery in the US economy (which the OECD predicts will grow by over 1% in the coming year), but no such action appears to be forthcoming from the British government.

Instead, we can expect a further round of ‘quantitative easing’ (The Bank of England printing more money) and little else. The problem with this is that it has been tried twice before, and what happens is, the banks swallow up this extra money to boost their reserves, with a resultant marginal effect on the economy at large. On top of this, the only idea doing the rounds, as suggested by a group of British economists, is to cut the top 50% rate of income tax for those earning in excess of £150,000 per year.

This ‘trickle down’ theory of neo liberal economics has it that, high earners will work harder, creating work for those in the middle and at the bottom of the wealth league table, and so the economy will rise phoenix like from the ashes and we can then bask in the sunny uplands of national prosperity. This is a highly dubious theory and I’ve never understood why rich people need to be paid more money to encourage them to work harder, but poorer people need to be paid less to encourage them to do the same thing.

The problem with the global economy at the moment is a lack of demand. Most people have less money, because of unemployment, short working hours, pay freezes and employment insecurity. People are cutting their spending for these reasons, and it must be remembered that Value Added Tax (VAT) is now 5% higher than it was under the previous Labour government, who reduced it to 15%. Higher prices further depress demand.

What is needed is a package of government spending, like the Green New Deal which will pay for useful work such as home insulation and expanding public transport, and help us to reduce our carbon emissions whilst providing jobs for people. VAT should be cut, perhaps by 10%, welfare benefits should be increased and income tax on the highest earners should be increased, not reduced.

This is all very reminiscent Conservative Chancellor Norman Lamont saying in the early 1990’s recession, "If higher unemployment is the price we have to pay… then it is a price worth paying." Essentially, the ConDem government is ideologically compelled to do nothing, and let the market sort itself out eventually, however long that takes, and however painful that will be for people struggling to keep their heads above water financially.

I think it was Albert Einstein who defined insanity as “doing the same thing over and over again and expecting different results”, and this is an accurate description of ConDem economic policy in 2011.
Posted by Mike Shaughnessy at 06:54