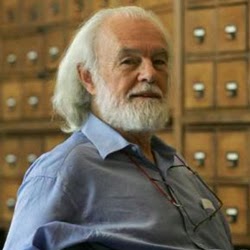 From housing to wages, David Harvey says examining capitalism's contradictions can point the way towards an alternative world

You’re working on a new book at the moment, The Seventeen Contradictions of Capitalism. Why focus on its contradictions?

David Harvey: The analysis of capitalism suggests that there are significant and foundational contradictions. Periodically those contradictions get out of hand and they generate a crisis. We’ve just been through a crisis and I think it’s important to ask, what were the contradictions that led us into it? How can we analyse the crisis in terms of contradictions? One of Marx’s great sayings was that a crisis is always the result of the underlying contradictions. Therefore we have to deal with those themselves rather than their results.

One of the contradictions you focus on is that between the use and exchange value of a commodity. Why is this contradiction so fundamental to capitalism, and why do you use housing to illustrate it?

But housing is very interesting in this way because as a use value you can understand it as shelter, privacy, a world of affective relations with people, a big list of things you use a house for. But then there is the question of how you get the house. At one time houses were built by people themselves and there was no exchange value at all. Then from the 18th century onwards you got speculative house building – Georgian terraces which were built and sold later on. Then houses became exchange values for consumers in the form of saving. If I buy a house and I pay down the mortgage on it, I can end up owning the house. So I have an asset. I therefore become very concerned about the nature of the asset. This generates interesting politics – ‘not in my backyard’, ‘I don’t want people moving in next door who don’t look like me’. So you start to get segregation in housing markets because people want to protect the value of their savings.

Then about thirty years ago people began to use housing as a form of speculative gain. You could get a house and ‘flip’ it – you buy a house for £200,000, after a year you get £250,000 for it. You earned £50,000, so why not do it? The exchange value took over. And so you get this speculative boom. In 2000 after the collapse of global stock markets the surplus capital started to flow into housing. It’s an interesting kind of market. If I buy a house then housing prices go up, and you say ‘housing prices are going up, I should buy a house’, and then somebody else comes in. You get a housing bubble. People get pulled in and it explodes. Then all of a sudden a lot of people find they can’t have the use value of the housing anymore because the exchange value system has destroyed it.

Which raises the question, is it a good idea to allow use value in housing, which is crucial to people, be delivered by a crazy exchange value system? This is not only a problem with housing but with things like education and healthcare. In many of these we’ve released the exchange value dynamics in the theory that it’s going to provide the use value but frequently what it does is it screws up the use values and people don’t end up getting good healthcare, education or housing. This is why I think it’s very important to look at that distinction between use and exchange value.

Another contradiction you describe involves a process of switching over time between supply-side emphases on production and demand-side emphases on consumption in capitalism. Could you talk about how that manifested itself in the twentieth century and why it’s so important?

One of the big issues is keeping an adequate market demand, so that you can absorb whatever it is that capital is producing. The other is creating the conditions under which capital can produce profitably.

Those conditions of profitable production usually mean suppressing labour. To the degree that you engage in wage repression – paying lower and lower wages – the profit rate goes up. So, from the production side, you want to squeeze labour down as much as you possibly can. That gives you high profits. But then the question arises, who is going to buy the product? If labour is being squeezed, where is your market? If you squeeze labour too much you end up with a crisis because there’s not enough demand in the market to absorb the product.

It was broadly interpreted after a while that the problem in the crisis of the 1930s was lack of demand. There was therefore a shift to state-led investments in building new roads, the WPA [public works under the New Deal] and all that. They said ‘we will revitalise the economy by debt-financed demand’ and, in doing so, turned to Keynesian theory. So you came out of the 1930s with a very strong capacity for managing demand with a lot of state involvement in the economy. As a result of that you get very high growth rates, but the high growth rates are accompanied by an empowerment of the working-class with rising wages and stronger unions.

Strong unions and high wages mean the profit rate starts to come down. Capital is in crisis because it’s not repressing labour enough, and so you get the switch. In the 1970s they turned to Milton Friedman and the Chicago School. That became dominant in economic theory and people began paying attention to the supply-side – particularly wages. You get wage repression, which begins in the 1970s. Ronald Reagan attacks the air traffic controllers, Margaret Thatcher goes after the miners, Pinochet kills people on the left. You get an attack on labour – which raises the profit rate. By the time you get to the 1980s the profit rate has jumped up because wages are being repressed and capital is doing well. But then there comes the problem of where are you going to sell the stuff.

In the 1990s that is really covered by the debt economy. You started to encourage people to borrow a lot – you started to create a credit card economy and a high mortgage-financed economy in housing. That covered the fact that there wasn’t real demand out there. But eventually that blows up in 2007-8.

Capital has this question, ‘do you work on the supply side or the demand side?’ My view of an anticapitalist world is that you should unify that. We should return to use value. What use values do people need and how to we organise production in such a way that it matches these?

It would seem that we are in a supply-side crisis, and yet austerity is an attempt to find a supply-side resolution. How do we square that?

You have to differentiate between the interests of capitalism as a whole and what is specifically in the interests of the capitalist class, or a section of it. During this crisis, by-and-large, the capitalist class have done very well. Some of them got burned but for the most part they have done extremely well. According to recent studies of the OECD countries social inequality has increased quite significantly since the onset of the crisis, which means that the benefits of the crisis have been flowing to the upper classes. In other words, they don’t want to get out of the crisis because they are doing very well out of it.

The population as a whole is suffering, capitalism as a whole is not healthy but the capitalist class – particularly an oligarchy within it – has been doing extremely well. There are many situations where individual capitalists operating in their own class interests can actually do things which are very damaging to the capitalist system as a whole. I think we are in that kind of situation right now.

It is important because it has been drummed into our heads for a considerable period of time that there is no alternative. One of the first things we have to do is to think about the alternative in order to move towards its creation.

The left has become so complicitous with neoliberalism that you can’t really tell its political parties from right-wing ones except on national or social issues. In political economy there is not much difference. We’ve got to find an alternative political economy to how capitalism works, and there are some principles. That’s why contradictions are interesting. You look at each one of them like, for instance, the use and exchange value contradiction and say – ‘the alternative world would be one where we deliver use values’. So we concentrate on use values and try to diminish the role of exchange values.

Or on the monetary question – we need money to circulate commodities, no question about it. But the problem with money is that it can be appropriated by private persons. It becomes a form of personal power and then a fetish desire. People mobilise their lives around searching for this money even when nobody knows that it is. So we’ve got to change the monetary system - either tax away any surpluses people are beginning to get or come up with a monetary system which dissolves and cannot be stored, like air miles.

But in order to do that you’ve also got to overcome the private property-state dichotomy and come to a common property regime. And, at a certain point, you need to generate a basic income for people because if you have a form of money that is anti-saving then you need to guarantee people. You need to say, ‘you don’t need to save for a rainy day because you’ll always be getting this basic income no matter what’. You’ve got to give people security that way rather than private, personal savings.

By changing each one of these contradictory things you end up with a different kind of society, which is much more rational than the one we’ve got. What happens right now is that we produce things and then we try to persuade consumers to consume whatever we’ve produced, whether they really want it or need it. Whereas we should be finding out what people’s basic wants and desires are and then mobilising the production system to produce that. By eliminating the exchange value dynamic you can reorganise the whole system in a different kind of way. We can imagine the direction that a socialist alternative would move in as it breaks from this dominant form of capital accumulation, which runs everything today.

Posted by Mike Shaughnessy at 11:41