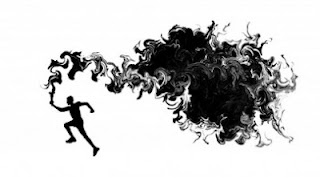 We were promised the greenest most ethical Olympics ever. A look at the list of international sponsors showed that this would be an impossible dream. And despite all the belief in the great god of "the market" they still get exclusive rights in an area where we have also been responsible for part of the funding through our Council tax. Then Dow "Bhopal" Chemicals and Lloyds Bank, a suspect in the Libor rate fixing scam were added as local sponsors.

It was promised that jobs on the site would be given to local people. The Olympic Delivery Authority has argued that as this promise was made by the bidding group, which is an entirely separate organisation, they were not bound by it.

It was argued that it will increase participation in sport yet they concreted over a large part of the greatest area of public football pitches in the world. They say they will restore it afterwards but will the funding to do this be available and you can safely bet some developer has his eye on it.
There are still displaced small businesses that are waiting for their compensation but that pot of money has been completely used up.

On Saturday there is a demonstration against the corporate Olympics assembling in Mile end Park at 12 noon, marching to Victoria Park where there will be "People's games for all".   http://www.counterolympicsnetwork.wordpress.com/. The news is that Tower Hamlets council has withdrawn permission for this demo but it is still going ahead.

Posted by Mike Shaughnessy at 11:21

Email ThisBlogThis!Share to TwitterShare to FacebookShare to Pinterest
Labels: London 2012

Good Info. yup there are lot of money transactions like this happens at big events and these local sponsers will never give up such great chances.

Link not quite working, a comma instead of a dot. Should be: