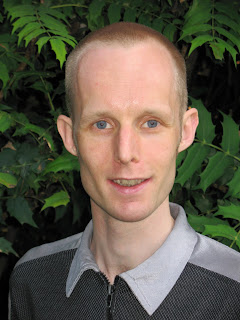 James Patterson –
Green Party candidate for the Alexandra Ward by-election on Thursday 9th October
James Patterson is a local resident and experienced campaigner. He works in Higher Education and has recently completed the MSc in Global Politics at Birkbeck, University of London. As a former Labour Party member, James believes that only the Greens have the policies and vision that can deliver on social justice and environmental sustainability. If elected as Haringey’s first ever Green Councillor, James would use his knowledge of the political process to support the Save Ally Pally campaign and oppose the encroaching privatisation of the borough’s health services.
James is standing in this election in order to offer local voters a genuine political choice between the grey politics of the three main parties and a real Green voice on Haringey Council.
7 Good Reasons to Vote Green
The local Green Party were against the sale of Alexandra Palace to a leisure company from the outset, so we are pleased that this deal has fallen through. I will campaign to ensure that this historic building is only used for appropriate activities.
Greens are committed to ensuring that local people have access to local postal services. Therefore, we are campaigning for the re-opening of the Alexandra Park Road Post Office.
Recent research by the Green Party has revealed that Haringey’s system of ‘co-mingled’ recycling actually increases the borough’s carbon footprint. The Greens are campaigning for separated recycling that really is environmentally sustainable.
I will campaign for semi-fast trains to stop at Alexandra Palace on the service to Kings Cross.
Haringey Green Party is campaigning against the encroaching privatisation of local health services and the closure of GP surgeries across the borough. The Green Party believes that public services should be publicly owned and be publicly accountable. I will campaign in Haringey to reverse the drift towards privatisation of our essential services.
Greens are committed to defending the ethos of public service at all levels of government over promoting the interests of multinational corporations, which all of the main parties are now committed to.
Posted by Mike Shaughnessy at 07:46